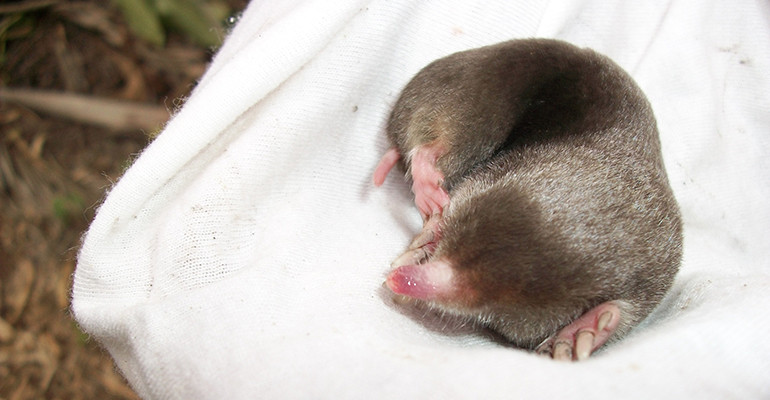 Tim found a tiny mole in our backyard. I had never seen a real mole before. I mistakenly imagined them being as big as beavers, based on reading of C.S. Lewis’ The Chronicles of Narnia: “Moles were Talking Beasts that were smart, intelligent and peaceful animals. They were also excellent diggers and gardeners” However, they’re not big at all. This garden creature fits in the palm of your hand!

Moles are small mammals with velvety fur, small eyes and ears, small hindlimbs, and powerful forelimbs with large paws positioned for digging. A mole’s diet consists of earthworms and other small invertebrates found in the soil, and a variety of nuts. The underground “mole runs” are in reality ‘worm traps’, the mole sensing when a worm falls into the tunnel and quickly running along to kill and eat it. As our backyard’s organic status matures, its inhabitants become more abundant and diverse. A tiny mole portends big change.