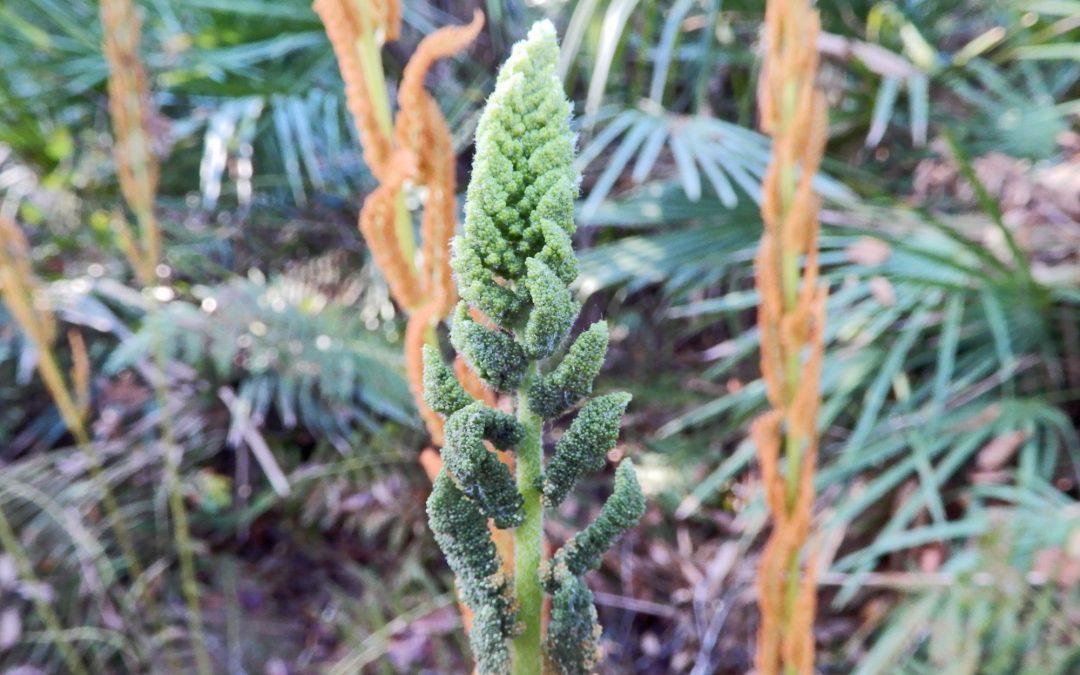 Cinnamon fern grows like a big shuttlecock from the ascending tips of thick, creeping semiwoody rhizomes. At first the fiddleheads are cinnamon brown and covered with a dense wooly pubescence, but the fronds turn pale green as they unfold and mature. Cinnamon fern is readily identified by the distinctive cinnamon colored non-leafy fertile fronds.